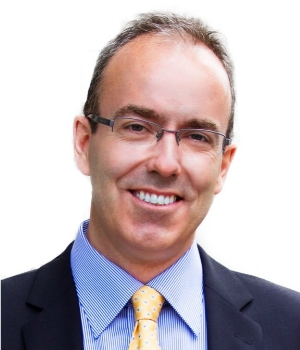 He served as the Interim Head of the Independent Social and Environmental Safeguards Grievance Mechanism (Project Complaint Mechanism) for the European Bank for Reconstruction and Development (EBRD) and also served as a consultant to the Independent Accountability Mechanisms (IAM) Network on behalf of the World Bank Inspection Panel, the Office of the Compliance Advisor/Ombudsman, MICI and the Complaints Mechanism of the European Investment Bank. David is also a former Director of Standards and Collaborative Governance at the international non-profit think-tank AccountAbility, where he oversaw the development of the AA1000 stakeholder engagement standard (SES). He has been an active contributor to the Global Reporting Initiative (GRI), a technical committee member for the AA1000 Sustainability Assurance Standard (AS) and the Accountability Principles Standard (APS), and was an expert member of the International Working Group that published the ISO 26000 Guidance Standard on Social Responsibility and ISO 37001 on anti-bribery management systems.

He has led seminars with the United Nations University in Tokyo and lectured at the University of Toronto, McMaster University, York University as well as at Oxford’s Saïd Business School and the University of Cambridge Programme for Sustainability Leadership. In addition he has conducted numerous seminars with such organizations as the Keidanren (Japan), the Conference Board of Canada, CIDA, DFAIT and L’Association québécoise de vérification environnementale. He has delivered workshops promoting environmental, social and governance safeguards in Australia, Jordan, US, Canada, Malaysia, Lebanon Mozambique, Japan, UK, Korea, Kenya, Sri Lanka, Taiwan, Mexico, Portugal, Tanzania, Thailand, Ethiopia, and Zambia

A former Executive Director of the Canadian Centre for Ethics & Corporate Policy, David has also served as an advisor to Environment Canada as well as to Natural Resources Canada on Ethics and Values in the Public Sector and is an independent investigator for Transparency International Canada. He served as a senior advisor to Canada’s CSR Counselor for the Extractives sector in developing effective rules of procedure for dispute resolution mechanisms in the mining and gas sectors – and assisted the Government of Mozambique to develop a national CSR framework which sets terms of engagement between the government, civil society and extractives sector companies. David has also carried out projects with the UN Special Rapporteur on Business and Human Rights on grievance mechanisms as well as conducted research with the Canadian International Development Agency (CIDA), and served as an expert advisor on CSR and accountability for the German development agency GIZ in both Thailand and China. He has also developed guidance for the UN Principles for Responsible Investment (PRI) on implementing the UN Guiding Principles on Business and Human Rights in the extractive sector.

David has served as the independent sustainability auditor for a number of organizations in the banking, insurance, investment, consumer products, agriculture, and mining sectors. He holds auditor accreditation for the Aluminium Stewardship Initiative (ASI) and ISO 37001 on Anti-Bribery Management Systems. He is also a Lead Certified Sustainability Assurance Practitioner (Lead CSAP) and has received social audit certifications in the AA 1000 Assurance Standard from AccountAbility (London) and the SA 8000 social audit certification standard from Social Accountability International in New York. He is also an accredited impact investment advisor and verifier for the London Social Stock Exchange.

David holds a Master’s degree from the Norman Patterson School of International Affairs in Ottawa, with a focus on International Development, Political Economy and the Environment.

David has worked and lived in various locations across the globe. He speaks English, French,  Spanish and Japanese.